Best places to live in Cheshire (And Why To Live There)

Cheshire's towns and villages are hugely popular with commuters for their quick and easy transport links with the big cities like Manchester, Chester and Liverpool and beautiful countryside surroundings. But where are the best places to live in Cheshire? We've picked out some of our favourites here to give you some inspiration. 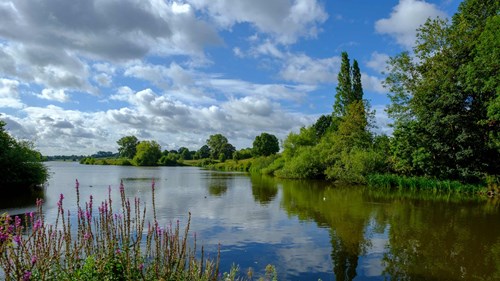 Is Cheshire A Good Place To Live?

There are lots of reasons why Cheshire is a great place to live. From its open countrysides and green spaces to its vibrant towns, cosy villages and easy access to the North West's biggest and brightest cities, this is a county that has something for everyone.

For families, Cheshire offers great schools along with plenty of access to fresh air and parks to play in, while it's only a short drive to stunning places like the Peak District, Lake District and North Wales. If you live in Cheshire, there's so much on your doorstep.

It's a diverse county with lots to offer for people at any stage of their lives, whether you're looking for a first home with excellent transport links to the big cities or are looking for a place in the countryside to find community spirit and a slower pace of life.

These are just some of the reasons we love it here and here are some of the best places to live in Cheshire.

Well known for its history of finished silk production, Macclesfield today is a great option for anyone looking for beautiful Cheshire countryside and easy access to Manchester city centre via transport links, with the added bonus of affordable prices compared to other local towns and villages.

Like many Cheshire market towns, Macclesfield has seen a lot of changes on the high street but has bounced back in style with a thriving independent scene of shops, bars and cafes from the trendy Picturedrome food hall to the Castle Quarter.

With various microbreweries also calling Macclesfield home, not to mention the famous Arighi Bianchi, it's a town with lots to enjoy, along with stunning views across the Cheshire Plain. 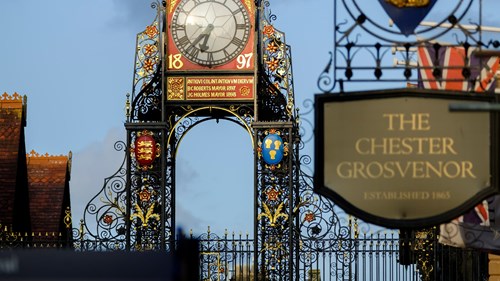 A historic city famous for its medieval city walls and beautiful architecture, Chester is Cheshire's county town and a major tourist attraction for the North West with people coming from around the world to see it. Chester is also a great place to live, because it's a city full of history but also life and energy.

With transport links across the North West, it's easy to commute from Chester to Liverpool or Manchester for work or shopping but there's plenty going on here too, as well as several Ofsted Outstanding schools and a University.

That's not to mention having the amazing Chester Zoo right on your doorstep as well as the beautiful River Dee to walk along. It's no wonder Chester was named amongst the happiest places in the UK to live in a recent study.

A historic market town best known for its salt and its timber-framed buildings, Northwich is full of history but has also enjoyed a revival recently thanks to investments in regeneration projects like the Barons Quay shopping centre.

With two rivers running through the town centre and plenty of open countryside and beautiful parks surrounding it, Northwich is a perfect example of the benefits of living in Cheshire, with easy access to both urban centres and rural attractions like Tatton Park - home to the RHS Flower Show - and Delamere Forest. 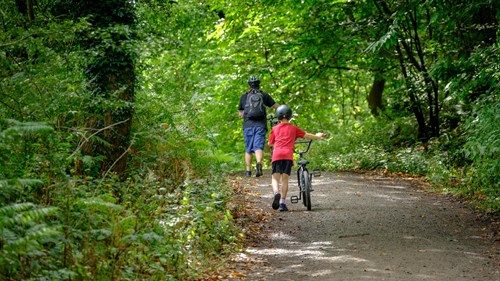 Even the name 'Delamere' instantly brings to mind pictures of the epic Forest that dominates the area around this delightful Cheshire village. Living here means having Delamere Forest right on your doorstep, with treetop challenges, walking paths, a Gruffalo trail and cycling, horse riding and Segways to hire.

As well as the Forest, Delamere is a typically lovely rural village with plenty of country pubs and quaint local services and shops as well as high-performing schools in the area, while it has great transport links to nearby towns and cities.

A large but friendly Cheshire village, Tarporley is typically picturesque with its cobbled streets, tea rooms and boutique independent shops. Set amongst some of the loveliest of the county's countryside views, including the spectacular views from nearby Beeston Crag, it's a great place to set up home for families, retired couples and first-time buyers alike.

The shopping in Tarporley is particularly when it comes to fashion with stores like Si Belle, Hoity Toity and Tabernam, while fans of craft ales and gins have plenty of trendy bars to frequent. For families it's also home to the Ofsted Outstanding-rated Tarporley High School.

Excellent connections through its proximity to the M6 and its rail links to Manchester, Liverpool and Stoke-on-Trent make Holmes Chapel a perfect village for commuters to live out in the countryside. There's also a busy business park just on the edge of the village.

Despite its quaint looks, Holmes Chapel is also well catered-for when it comes to shops, pubs, restaurants and local services as well as having two primary schools and one high school. 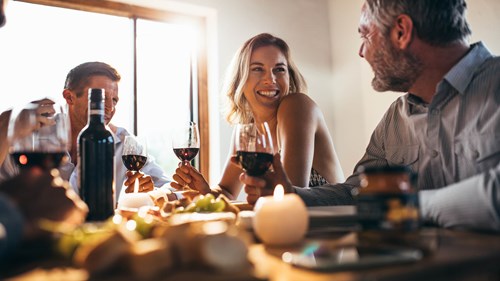 A bustling market town with a vibrant coffee shop culture, Frodsham has been on the up and up in recent years, embracing an indepedent spirit that sets it apart from many of its neighbouring towns and villages. This can be seen particularly along the busy shopping avenues of Main Street and Church Street, which have a mixture of traditional pubs and foodie destinations.

There's plenty to do outside the town centre too with fun to be had at Round Ponds Adventure and the Sandstone Trail to walk as well as several woodlands to explore.

Well known for its place on the West Coast Main Line, it goes without saying that Crewe is a great place to live when it comes to easy transport around the UK, as it's just an hour and a half from London by rail. Train fans can also visit Crewe Heritage Centre for a glimpse into the town's history.

Crewe was named the best place to live in the UK outside of London by Property Week magazine thanks to its house prices, schools, amenities and public transport and there's certainly plenty to do here, with great parks, shops, restaurants, cinemas and much more.

Helsby is another popular commuter location as a rural village that's close to Chester and Runcorn as well as being well-placed for the M56 and the rail networks. The village sits at the foot of Helsby Hill which overlooks the Cheshire Plain and Mersey estuary, and is the site of a hill fort as well as a great place for walks and rock climbing.

For people with budgets of £500,000 and above, the highly-desirable villages of Cheshire's famous Golden Triangle are an option worth considering...

A popular place for Manchester United and Manchester City footballers and local TV stars to live, there are obvious reasons why they choose Wilmslow. It has amazing options for dining out, like Easy Fish Co, Wood Fire Smoke and Cibo as well as designer boutiques and and Aston Martin showroom.

A quaint little village with a Hollywood sheen of glamour, Alderley Edge's shops and restaurants almost always have hugely expensive supercars parked outside them, while its outskirts are home to enormous mansions. With stunning countryside around it, including the famous Edge with its views of the Peak District National Park, it's a great place to live for those who can afford it. 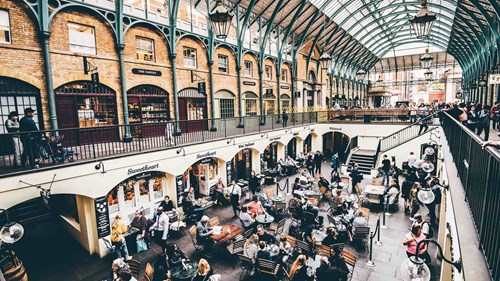 Prestbury is a very pretty little village that just happens to be home to the most expensive road in the north of England. As with the rest of the Golden Triangle villages, its location means easy access to Manchester city centre and Manchester airport as well as several high-quality local schools and services.

Whilst Knutsford doesn't technically lie within the golden triangle, we've placed it in this section due to its similar population of £500,000+ houses, footballers, and supercars! It's a picturesque town with an ancient village feel, a lot of history on display, and incredible shops and restaurants to explore along its narrow cobbled streets. Knutsford also has an abundance of beautiful Cheshire countryside surrounding it, most notably Tatton Park; a 50-acre 18th-century mansion and deer park.

As you've seen, there's so much that's great about living in Cheshire, with beauty spots and National Trust properties alongside quaint villages and trendy towns full of boutique stores and foodie restaurants. Whether you're looking for retail therapy or a rural escape, it's all on your doorstep if you live here.