Home Blog Posts Why Live in Manchester: 15 Reasons To Make The Move

Why Live in Manchester: 15 Reasons To Make The Move

Manchester is a city full of life, culture and endless things to do. With so much to offer, it's hard not to want to make Manchester your home.

But Manchester has more than just great entertainment options - it offers a high quality of life and work opportunities that many other cities can't match!

Here are 15 reasons you should consider living in Manchester if you don't already. 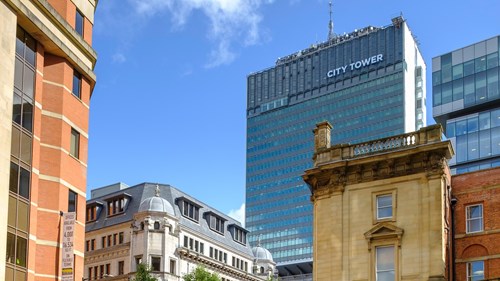 Manchester is a city that is constantly buzzing with energy and opportunity. If you're looking for a job, promotion or a CV boost then Manchester is the place to be.

In fact, Manchester was officially the best city in Europe for business in 2020/2021. Major companies such as Amazon, Google, BBC and ITV all have their headquarters in Manchester, making it one of the UK's leading business districts.

There's also an abundance of smaller businesses located throughout the city, giving you plenty of opportunities to find a job that is perfect for you.

The reasonable cost of living

Manchester is one of the most affordable cities to live in the UK. Rent prices and living costs are significantly lower than other major UK cities, such as London and Edinburgh.

When it comes to housing, for example, London's average house costs are now four times greater than Manchester's, whilst the average salary in London is only 30% higher.

This means that you can live a high quality of life in Manchester whilst still having money left over to enjoy all the city has to offer.

Nothing says more about a place than the people who live in it. And when it comes to Mancunians, they're some of the friendliest, funniest and most welcoming people in the UK.

Locals are always happy to chat at a bus stop, help out a stranger, hold a door open for you or show give you directions around town.

You're never far from a friendly face in Manchester.

Manchester is one of Europe's largest university towns, with more than 80,000 students.

And it's for good reason - Manchester is home to some of the best universities in the world, including The University of Manchester, Salford University and Manchester Metropolitan University.

Manchester University, in particular, has played host to 25 Nobel prize winners in the past and present - with only Oxford and Cambridge receiving more.

If you're looking for a highly sought-after degree from an internationally-renowned university that's close to home, then look no further than Manchester. 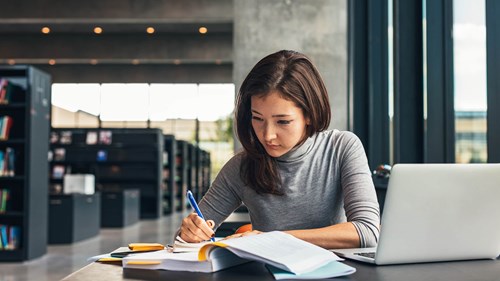 It's surrounded by an abundance of stunning countryside

One BIG thing Manchester has going for it is its proximity to a plethora of stunning countryside.

Less than an hour away from the city, you can find rolling hills, ancient forests, crystal-clear lakes and jaw-dropping coastline.

Outside of the city centre, the Peak District is on Manchester's Eastern doorstep. To the North, the Lake District is within easy reach and there's an abundance of rural beauty spots in Cheshire to the South.

Closer to home, there are also plenty of National Trust parks, walled gardens and green spaces to explore too - Heaton Park, Dunham Massey and Lyme Park are the real standouts here.

Manchester has everything except a beach, as Ian Brown once famously observed, but even the shore is accessible, with sand dunes like Formby and other seaside resorts such as Blackpool only an hour's drive away.

So, if you're looking for a quick escape from the hustle and bustle of Manchester city life, all you have to do is jump in your car and head out into nature - there's plenty of options to choose from! 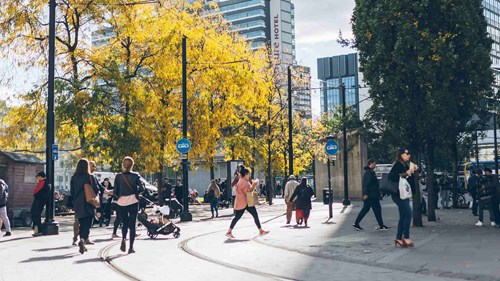 Manchester Airport is the third busiest airport in the UK and offers direct flights to over 200 destinations, including major European hubs such as Amsterdam, Paris and Frankfurt.

It's estimated that the airport contributes in excess of £20billion to Manchester's economy every year.

The airport is extremely well-connected by the local Metrolink and motorways and train making getting away on holiday nice and easy. Not to mention the economic benefits and the inbound business it brings too.

And whilst it's unlikely you won't be able to get to your destination of choice from Manchester Airport, the city is also well-served by other airports, including Liverpool John Lennon Airport and Leeds Bradford International Airport - both around an hour away.

It's a sporting powerhouse

Manchester is a city that loves its sport.

And with both Manchester United and Manchester City Football Clubs calling the city home, it's fair to say football is a religion there.

But it's not all football.

In 2002 Manchester hosted the Commonwealth Games which left behind a number of world-class facilities for the local community to take advantage of. This includes Manchester Aquatics Centre which has a 50-metre pool and Olympic diving boards, Manchester Velodrome and the National Squash Centre.

Manchester is also home to one of England’s most renowned test venues at the Emirates Old Trafford cricket ground. And don’t forget the National Football Museum is also located in the city centre too!

There's also a rich history of boxing, rugby and athletics in the city - with world champions being produced in all three sports.

So if watching or playing sport is your (or your kids') thing then Manchester is definitely somewhere worth considering when it comes to deciding where to live.

Manchester is a city that loves to shop and with so many high-end designers, independent boutiques and large department stores it's not hard to see why.

The main shopping district in Manchester is the Trafford Centre which offers everything from luxury brands such as Louis Vuitton and Hugo Boss to more affordable chains like Primark.

If you're looking for something a bit different, then head to the Northern Quarter where you'll find an abundance of independent stores selling everything from vinyl records to handmade clothes.

The city also has a good mix of large and small supermarkets so you're never too far away from your favourite brands.

Manchester is a city that loves its food and with so many fantastic places to eat you’ll never be stuck for choice.

There are plenty of great pubs, cafes and restaurants in Manchester - most serving international cuisine including Italian, Thai, Chinese & Indian (see below for more on that).

Manchester really does have something to suit everyone’s taste buds! If you love your food, Manchester is the place for you.

There are hundreds of restaurants in Manchester to try a variety of delicious modern British and international cuisine.

Manchester's Chinatown is also the second biggest in the United Kingdom, with a plethora of Asian eateries and supermarkets.

And if it's South Asian and Middle Eastern cuisine you're after, then look no further than the hundreds of independent restaurants and businesses in Rusholme. 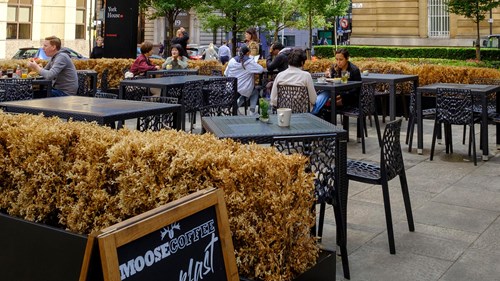 Manchester is well known for its world-class nightlife.

The city boasts something to offer everyone, from trendy cocktail bars and live music venues to rowdy nightclubs and late-night kebab shops.

And whilst the days of the world-famous Hacienda club may be long gone, the city's raving spirit very much lives on. Nowhere is this more true than at The Warehouse Project, which brings some of the world's biggest DJ's to the city every year.

If house and techno aren't your things, Manchester's eclectic nightlife offers something for everyone...

The Northern Quarter is the place to go for hipster-heavy bars and taprooms. Deansgate and Spinningfields have trendy champagne and cocktail bars, as well as opportunities to spot celebrities. And Canal Street is one of the most vibrant gay villages in Europe, with clubs luring visitors every night of the week.

So if you're looking for somewhere to let your hair down at the end of a long week, Manchester is definitely the place to be.

From Oasis to Elbow, The Smiths to New Order and Joy Division to Happy Mondays (and even The Chemical Brothers too).

Manchester has produced some of the most influential bands in British history - not to mention it's also the birthplace or home for many other successful musicians including Johnny Marr, Graham Nash and Morrissey.

The Manchester Arena has the UK's largest indoor seating capacity (and Europe's second-largest) and plays host to some of the globe's most famous artists, while the Albert Hall and O2 Apollo attract a lot of well-known musicians on their way throughout northern England.

So if you're looking for somewhere to be inspired by the sights and sounds of world-class music, then Manchester is definitely worth considering.

The stunning museums and galleries

Manchester has a well-deserved reputation as a city of culture and it's not hard to see why. In fact, it's been voted one of Europe's Top Cities for Museums by TripAdvisor.

The city has a huge array of museums and art galleries, including the world-famous Manchester Art Gallery, which is home to one of the largest collections of Pre-Raphaelite paintings in the world.

The Whitworth is another unmissable art gallery that calls the city centre home. In fact, the Whitworth is a recipient of the prestigious Museum of the Year award for demonstrating excellence, innovation, and imagination in its exhibitions.

Manchester is also home to the Imperial War Museum North, the Museum of Science and Industry, Manchester Museum, the People’s History Museum, the National Football Museum and many, many more.

One thing's for sure; whatever you're interested in, there's a museum for you in Manchester!

The theatre and arts scene is thriving

Manchester has established itself as a prominent global arts destination, with the magnificent multi-purpose venues HOME and The Lowry, easily competing with London's Southbank Centre for excellence in their ever-expanding range of dance, music, exhibitions, and more.

The city also has a thriving theatre scene with some of the best theatres in the country, including the Royal Exchange Theatre, Manchester Opera House, The Palace Theatre and The Lowry (mentioned above).

There's always something to enjoy, from West End shows to Ballet, Opera, and smaller amateur performances.

There's a ton of events and festivals every year

Manchester is a city that loves to celebrate and there's always something going on.

The huge Manchester International Festival is one of the most prestigious events in the global arts calendar, while The Great Northern Contemporary Craft Fair offers a unique opportunity to buy British craft at its best.

There's also the Manchester Food and Drink Festival, the Manchester Jazz Festival and hundreds of smaller events, from exhibitions to live music events such as Parklife.

So if you're looking for a city that's always buzzing with energy and excitement, Manchester is definitely the place for you.

It's a unique blend of the old vs the new

Over the years, many cities in the North and North West have gone through dramatic redevelopment as a direct result and benefit of heavy investment into them. However, when it comes to retaining historical character and charm, Manchester has succeeded where others have failed.

Greater Manchester, on the whole, has seen its fair share of modern apartments, glass towers and skyscrapers erected over the last decade or two. However, it's managed to maintain a sense of history and tradition, with many of the iconic buildings, meandering canals and red brick viaducts of the industrial revolution still standing loud and proud.

This unique blend of old and new makes Manchester an interesting and exciting place to live, and means there's always something new to discover. 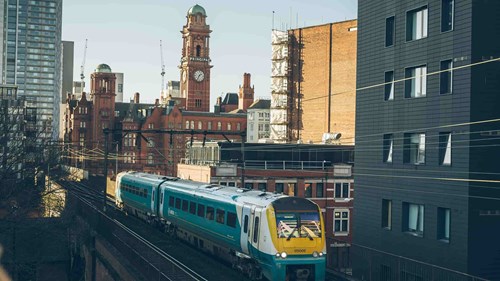 Thinking of living in Manchester?

Manchester is the perfect place to live, work and study.

It's a modern, vibrant city which offers affordable living costs, world-class universities, global connections, an amazing food scene and plenty of events and festivals each year - not to mention some great shopping too!

What more could you want!?

So if you're looking to call this lively city home, click the link below to view our range of stunning new build developments in Manchester. Your next home could be a click away!